Here's a few of my favorite, most artistic photos of sight-seeing, architecture and landscapes that I experienced with my dad on my drive from New Hampshire to San Diego, California over the course of 8 days. I think that most of these photos can't even begin to capture how overwhelming it was to see this stuff in person, but it might at least give you an idea of the awesomess. I was unlucky and lucky enough to lose my year-old camera while at a Boston Red Sox game just a week before leaving, so I ended up getting a sweet new Sony camera that's way cooler than the one I had before. Enjoy!

Cleveland, Ohio
You can see the Rock 'N' Roll Hall of Fame, the Cleveland Browns football stadium and some water. 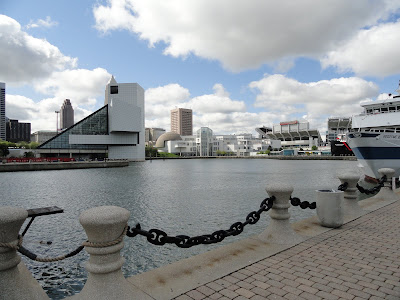 Chicago, Illinois
The Sears/Willis Tower Skydeck. The view from up there was crazy and a bit scary. 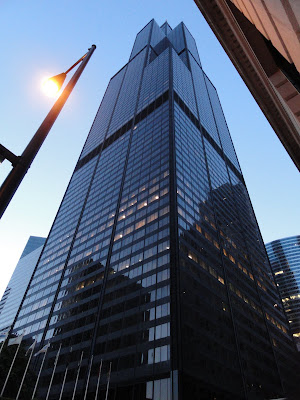 St. Louis, Missouri
The St. Louis Archway, the Gateway to the West. Also got to go up an elevator in this thing and look out from the top. You can't really see the small windows from this angle. It was a really gray, soon-to-be-rainy day. 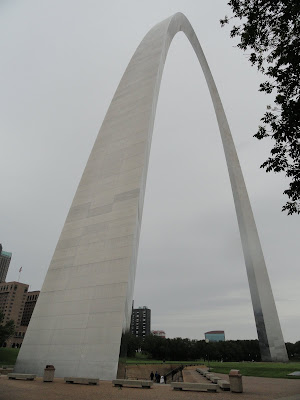 (Somewhere in) Colorado
Talk about some curvacious green hills. Straight out of Super Mario Bros. 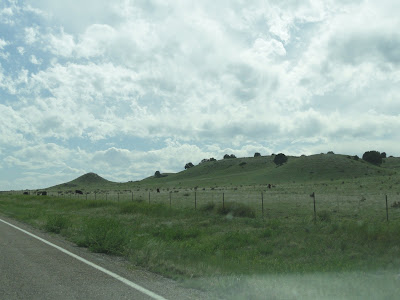 (Somewhere in) Arizona, near Monument Valley
I liked how jagged and fantastical these rocks were. 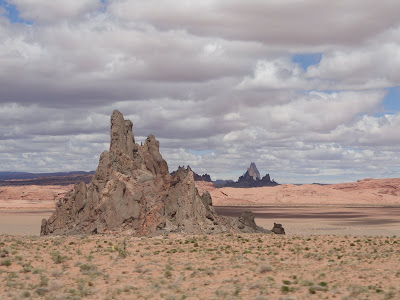 Monument Valley, Utah
This was probably about a 180-degree panoramic taken from a dirt road you can drive on that takes you down into the valley.

Monument Valley, Utah
This caterpillar was so spiky and cool that I had to grab a shot of it. 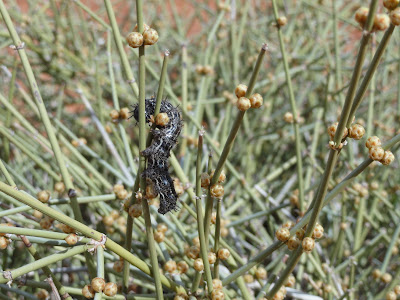 Monument Valley, Utah
Probably my favorite photo that I took during the trip. I like the contrast between the crisp and vibrant flowers and the muted, epic background. 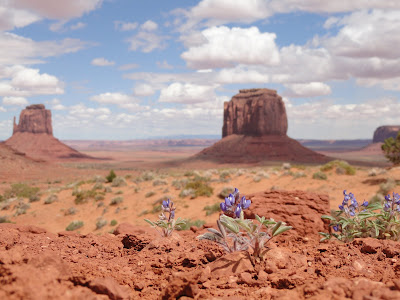 Monument Valley, Utah
I like how the plant breaks the plane of the buttes in the background. The swirly white growths of the plant are kinda cool too. 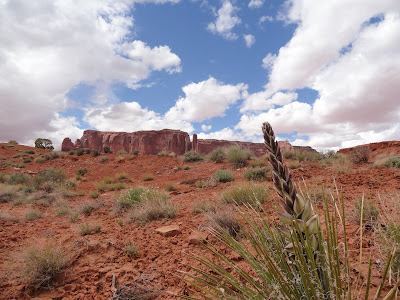 Zion National Park, Arizona
The collage-y feel of this photo was a happy accident. I had left a map of Zion and some brochures about Zion on the dashboard of the car, making them reflect onto the windshield and creating a cool traveling-through-Zion image suitable for a travel book that I didn't notice until afterwards. 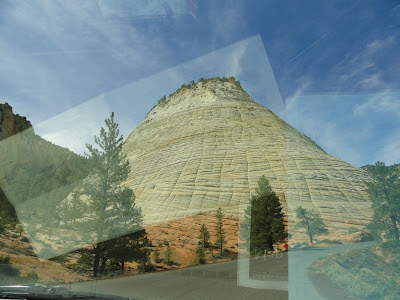 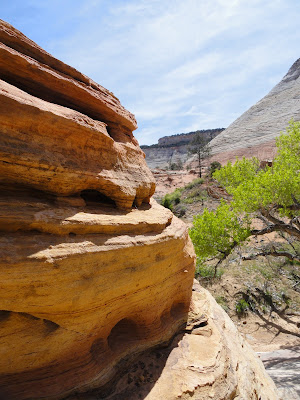 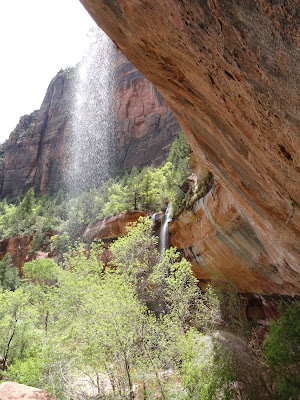 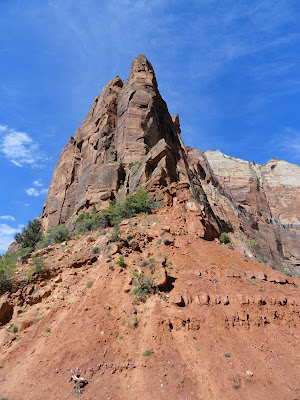 Arizona/Nevada
The arrows breaking up the outline of the mountains in the background is pretty cool. I liked this shot when I was taking it because you just want to look out at the scenery but have to turn away from it or your car will go careening off the edge. Don't worry, my dad was driving when I took this shot. 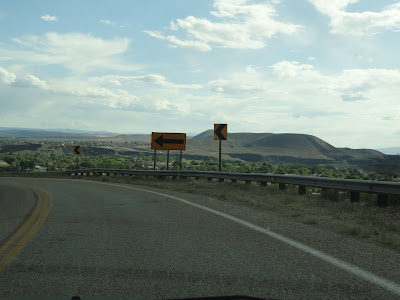 Las Vegas, Nevada
The Venetian. This resort probably puts the most effort into making the interior actually live up to the theme of the resort. I like how they painted the ceiling with clouds and created a just-about-sunset mood with the lighting. 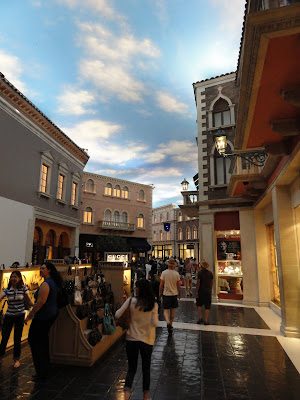 Las Vegas, Nevada
The Palazzo. I liked the reflection of the parasols on the ground. 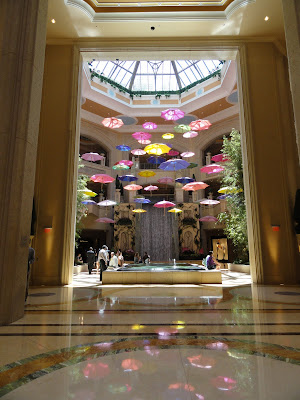 Las Vegas, Nevada
The Mirage. Pretty appealing on its own; all I had to do was find a good spot to shoot it from and come up with a composition that worked well, which was pretty easy. 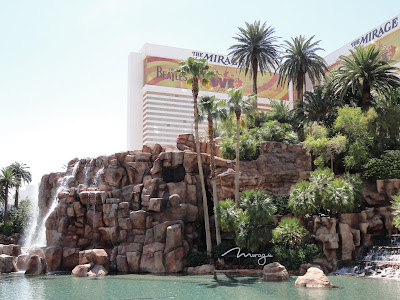 Las Vegas, Nevada
Crystals. Some of my favorite architecture in all of Vegas. 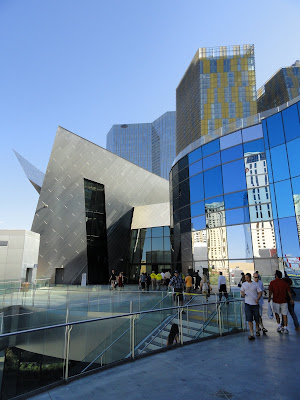 Las Vegas, Nevada
Crystals. The blues, yellow-grays, blacks, straight lines and crisp edges really made this shot appeal to me, not to mention the composition. 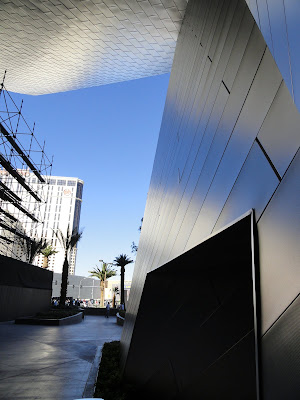 Las Vegas, Nevada
Crystals/Aria. I really liked how all these verticals lines become diagonals and overlap each other in interesting ways when you stand in the right place while looking up. 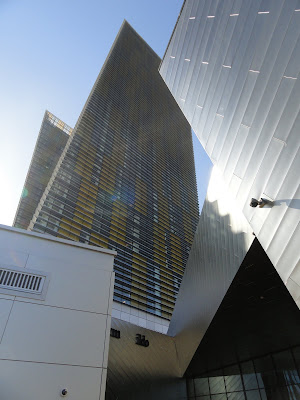 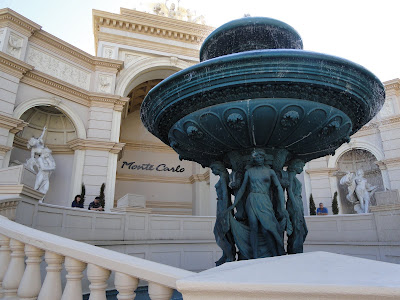 Las Vegas, Nevada
The Sunset Strip. I like the downward diagonal from left to right of the buildings. The van with the girls on it that somehow made it into the photo perfectly sums up the other aspect of Vegas that isn't exactly as family-friendly as guitars, Coca-Cola and M&Ms. 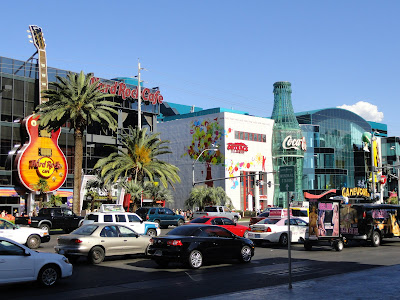