The Last of the Live Mall Caricatures

Here's the last batch of pencil-and-airbrush caricatures for a while, as I'm starting to get used to using Markettes and artstix here in San Diego. I did these all at another local mall in New Hampshire over the course of 2 and a half weeks with my own setup again. I basically worked 12 hours a day for 18 days straight, did some decent drawings and made a whole bunch of cash! Which is always nice and helpful when you have to drive from one "corner" of the country to the other. Enjoy! 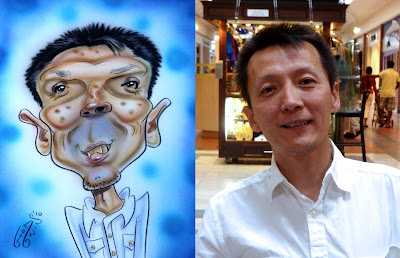 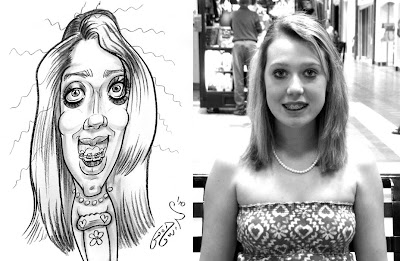 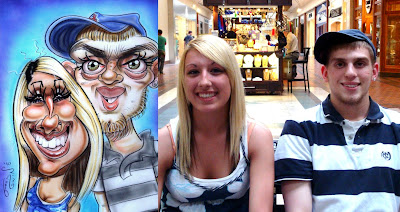 Big-Mouth Bass Boy
I wouldn't recommend feeding him anything by hand if you're a fan of having fingers. 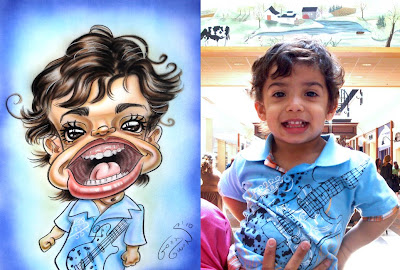 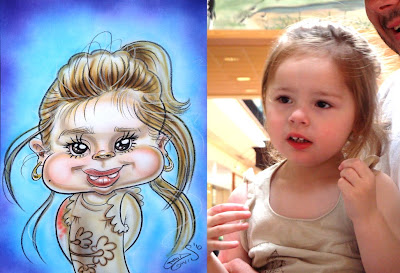 Just a Girl and Her Dog
Happy with how the dog came out. 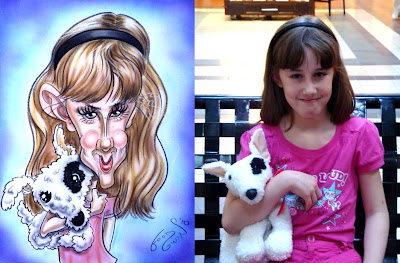 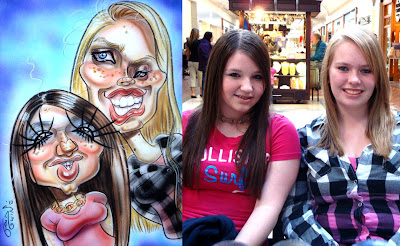 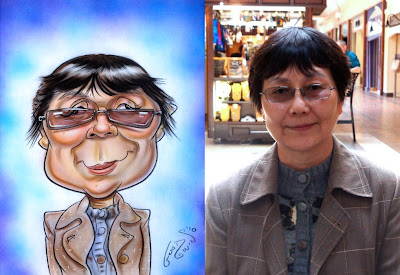 Almond-Toothed Girl and the Music Man
These guys were really cool and let me exaggerate as much as I wanted. I definitely learned a lot doing this drawing, and I think it's currently one of the best caricatures I've ever done. 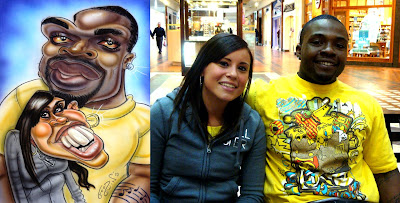 Smiley Face
Thought I'd continue the circle motif in the background. 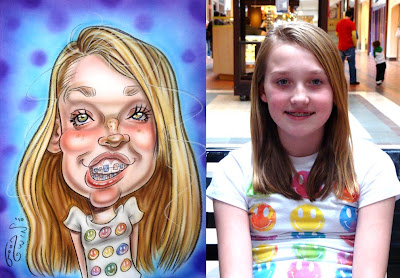 Magical Girl
I really like how the colors came out in this one. 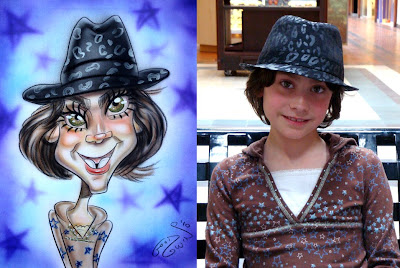 Orange and Raw Umber
The color of their faces was really easy to replicate, but my favorite part of this is her earrings. 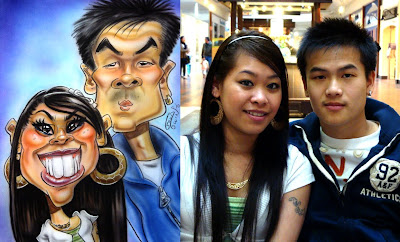 Oval Cheeks
Yeah, I realized what this looks like pretty early on, so I just went with it haha. 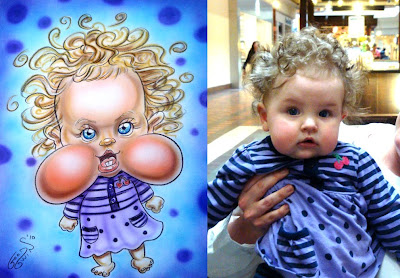 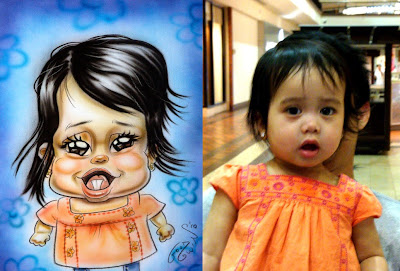 The Bearded Dragon Society
That's magical purple smoke, in case you were wondering. 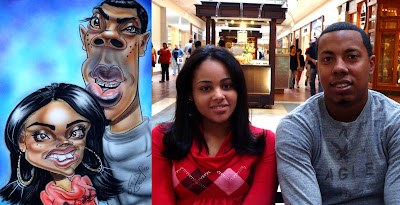 Bumps and Underfangs
These guys got a drawing from me and then came back for another one a couple days later, asking for a funnier one. This was a lot of fun to do and is one of my faves at the moment. 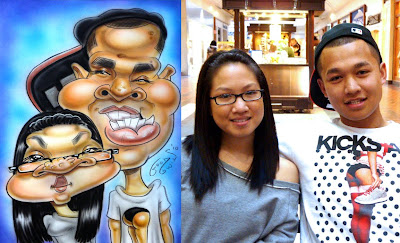 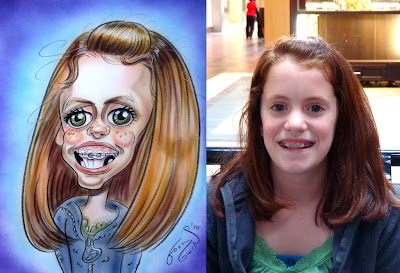 Natural Asymmetry
She was really cool and loved the drawing. 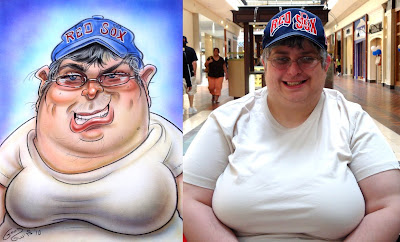 Ornery Owl
She wasn't sure what to make of it, but her son was cracking up the whole time, so that helped. 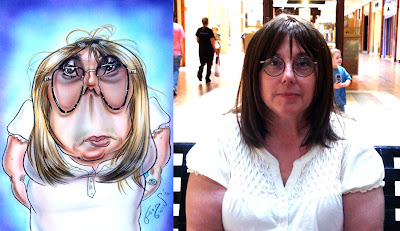 Chipmunk Chick and Wonky Eyes
Nothing too special about him, but she was a lot of fun to draw and paint. 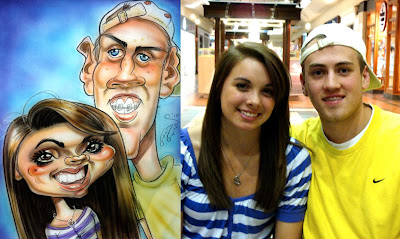 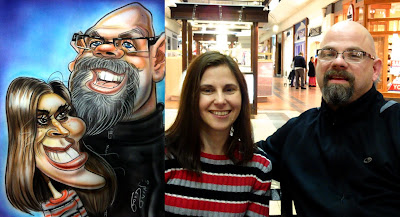 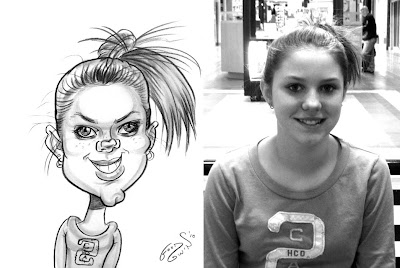 A Fitting Couple
First date at a mall while being supervised by their mother. Aww! Not really sure why he's kinda floating, but why not? 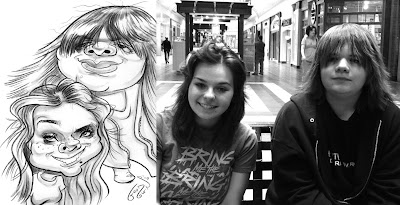 Inversed Jaw and Round Jaw 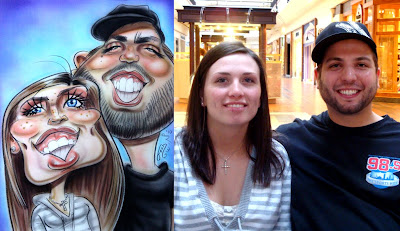 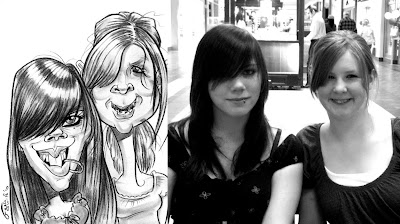 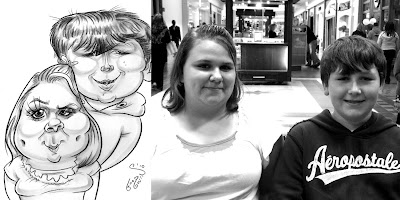 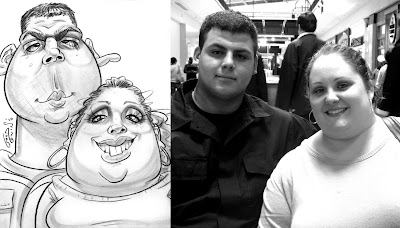 Head-Popsicle-on-a-Stick and Hair Swoop of Orange (aka Jenny and Meghan)
My sister Jenny is the one who is not a redhead. 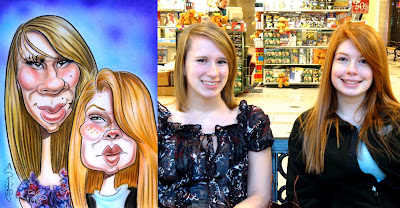