I've been keeping busy seeing what I can do with pens, pencils and markers and having fun drawing animals in ways that I haven't tried out before. I did most of these over the past couple of weeks, so I should hopefully have many more to come over the summer.

Flamingo marker and highlighter sketch
After already having bought some highlighters for the aye-aye's eyes, I knew I had to use them a bit more. By using warm and cool grey markers in addition to the highlighters, I was able to capture the brightness of flamingos without the full-out tackiness of fluorescent flamingo lawn ornaments (I hope). 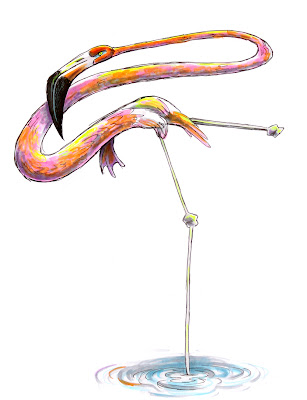 Baby aye-aye marker sketch
After finishing all the grey in this drawing, I realized that it wouldn't do the animal justice for me to leave the eyes white, as aye-ayes really have highlighter-yellow eyes in real life. 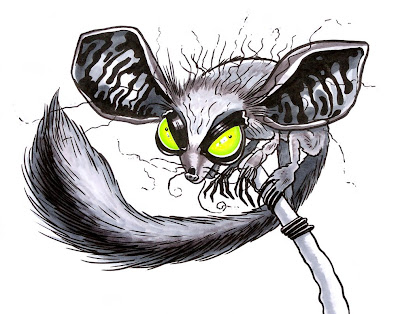 Giant leaf-tailed gecko marker sketch
One of the coolest-looking animals I'd seen in a while. 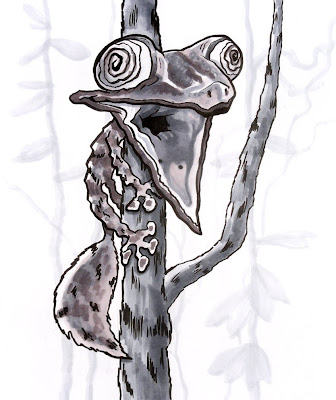 La Jolla Cove marker sketch
I had a pretty limited time to work on this since the tide came in really quick and backed me up against the rock wall. 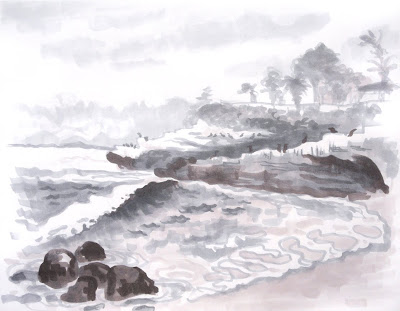 Prismacolor cool and warm grey marker fish sketch
For some reason it had never occurred to me before to use warm and cool gray markers together to develop more form. I had always figured you were supposed to use one or the other (or french grey). 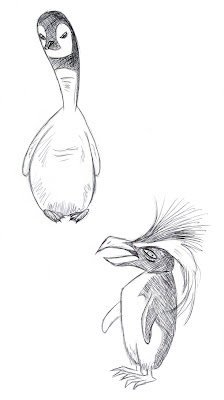 6B pencil walrus sketches
After spending a long time on the other walrus drawing, I wanted to do something quicker and more cartoony. 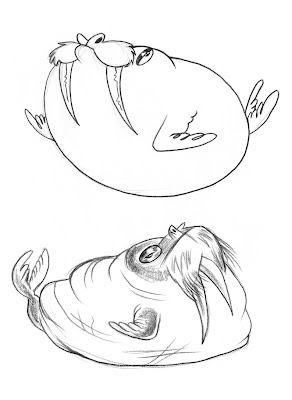 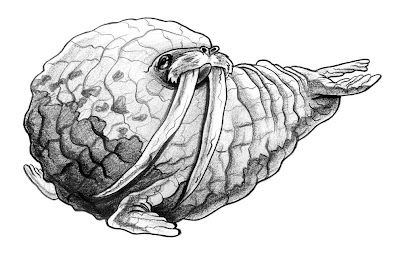 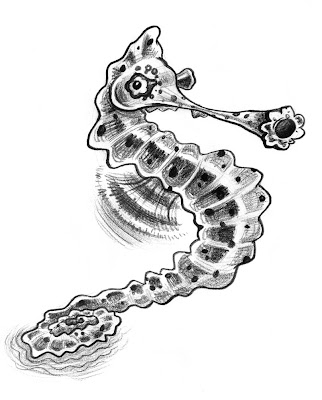 6B pencil shark sketches
These were drawn on 2 separate sheets of paper, but they fit together really well accidentally. 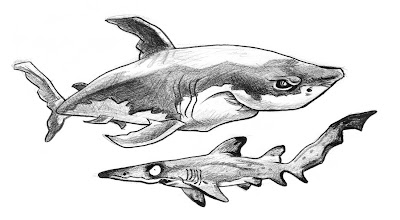 Pen sketch of a basking shark 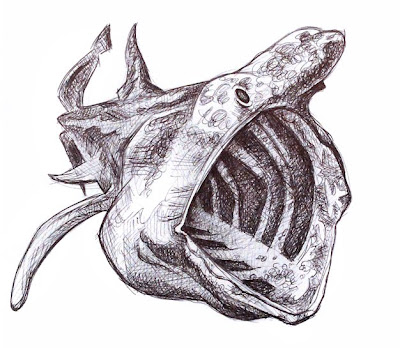 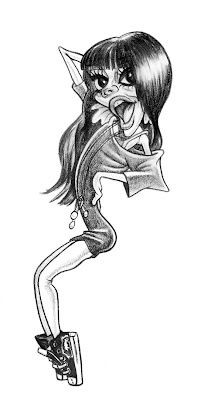 I am loving all the sketches you have! Great stuff!

thanks roB B B!